Back in October, I received an email from my daughter’s gymnastics studio stating that a hidden camera had been recovered in the public unisex bathroom. It appeared that the camera was intended to send footage of young children using the toilet or changing for class to a nearby computer owned by a father of one of the other girls at the gym. While the transmission of this footage failed, the mere thought that my child was exposed to a creep in such a manner gripped at my heart and made me feel as though I failed to protect my child. I wept for days as the case unfolded on local news, riddled with guilt and anxiety about my daughter’s future and my inability to protect her from every predator out there. Unfortunately for her, this will likely not be her only encounter with sexual assault or harassment.

My daughter is only five. At five years old, she was at risk for being a part of child pornography. This thought never crossed my mind. Sure, her dad and I are aware of the dangers to her, and we spend countless hours talking with her about her body and the importance of her privacy. We talk with her about things she can say to someone who tries to touch her inappropriately – in fact, we even talk about appropriate and inappropriate touch. At five. We have this conversation so much that she begins to roll her eyes when we bring it up.

“I know, Mommy,” she says, complete with the eye roll and heavy exhale. “No one can touch me anywhere my underwear and undershirt cover.”

Prior to the incident at her gymnastics studio, I wondered if I was being overly paranoid – if I was allowing my own experiences with harassment and assault to cloud my judgment. Reading that email back in October, as my heart and stomach clenched in fear, I knew that I can never do enough to prepare her for what comes. I can only imagine how helpless the parents of Larry Nassar’s victims feel, knowing they allowed their daughters to be exposed to his “medical treatment” for years on end, not realizing that his treatment protocol was code for sexual assault.

Conversations about sexual assault are important these days. Perhaps they’ve always been important, but parents were unaware of just how prominent sexual harassment and assault actually was. We’d all like to think it won’t happen to us or our children. In wake of a tumultuous 2017 and in light of campaigns such as #MeToo and #TimesUP, it is time we realize that nearly every single women in this world will face some version of sexual assault at some point in their life. In a culture that continues to objectify women, courageous women have to continue to call out their predators for what they are.

These movements are great for raising awareness, but we as parents have to arm our children – both boys and girls – with the knowledge to know right from wrong and the strength and courage to stand up to their predators and to speak out against objectification, harassment, and assault. We can thank those ahead of us for laying the groundwork for awareness and encouraging women to band together in support of one another. Because together, we are stronger. Together, we can make a change. 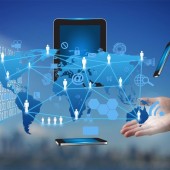 Structure = Freedom: 3 Ways You Can Help Your Teen Organize and Manage Their Time

“Mom, I can’t eat breakfast, my Math homework isn’t done!” This is a common scenario in many homes most mornings of the week. Our kids are trying their best—and, often, just can’t figure it out on their own. As parents, you want to help, but you’re also trying to let them figure it out on…